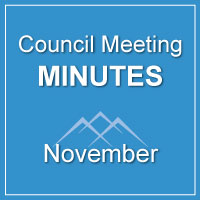 (Bill left the meeting, per another obligation)

Jerry Wortly with the Idaho Sled Dog Challenge presented a plan for this year to hold the race as a qualifier for the Iditarod in the West Central Mountains. He reviewed last year, the route for this year, and the donations from sponsorships that are needed.

We should take a look at filling the McCall Chamber board seat, and possibly one other. The annual meeting will be December 6 from 11 to 3 at Midas Gold. Andrew recommends a decreased number of projects this year to allow for more time and resources for iterative projects and B2B meetings. Need to look at survey results sent last week. Cascade has a new chamber office at the

o Woody Biomass update–grease traps, compost and meeting with Ben – governor’s office has a new policy person. He is busy aggregating and talking with Ben.

o Gap analysis update – Vanessa said they deployed the survey to McCall. The industry results are under “Helful Links” on the website.

o ADV biking update: Have expended a good portion of the $7,500. Met with the writer who was in town. Andrew described other bike professional involvement who will help us get listed with bikepacking.com.

o Broadband update: Cable One, Frontier, Feasibility – This has taken an interesting direction. Andrew talked to the survey results which stated people believe their service is basically good. Met with Cable One and Frontier (separately), concerning how to improve in our area.

redraw lines based upon population dispersion.

Andrew would like to get Terry Frisk, SBDC, a $50 gift certificate for all of her assistance.

Eric stated the CGI video promotion platform might have limitations, probably not a go for now.

Look at signage as an opportunity in Donnelly to push people to businesses west of town.

Eric moved to approve up to $150 for the annual event. Crosby seconded the motion. Motion carried.