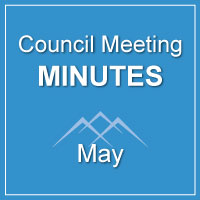 Call to Order by Jill Morris-Chapman at 4:35PM

Motion by Cynda Herrick, 2nd by Nicole Musgrove. All in favor, none opposed.

Motion by Sherry Maupin, 2nd by Nicole Musgrove. All in favor, none opposed.

Quorum is now six (6) Board Members.

Bylaws Review: The proposed changes will be included in the special meeting minutes and provided to the Board prior to the next regular Board meeting, scheduled for Tuesday, June 8, 2021. At that meeting we will have final discussion and vote to approve them as submitted or with any changes made at that time.

Proposed change #1: Article 2, Section 8. Update the verbiage of methods of participation to include ‘electronic’ format which would cover the additional methods that have become widely used, such as Zoom.

Motion by Dylan Martin, 2nd by Sherry Maupin. All in favor, none opposed.

Proposed change #2: Article 7, Section 1. In order to meet the requirements of the EdPro grant through the Idaho Department of Commerce, it is recommended to make the update that the bylaws “will be reviewed annually at the Annual Meeting of the Board of Directors”.

Motion by Nicole Musgrove, 2nd by Linnea Hall. All in favor, none opposed.

Proposed Change #3: Article 3, Section 1. Changes and additions are notated via strike-though or highlight below.

ADDITION Section 3. Other Committees. The Board of Directors may create other committees not having and exercising the authority of the Board of Directors in the management of the Corporation.  Such Committees may be designated and appointed by a resolution adopted by a majority of the directors present at a meeting at which a quorum is present.  The designation and appointment of any such committee and delegation thereto of authority will not operate to relieve the Board of Directors, or any individual director, of any responsibility imposed upon it, him or her by law.  Committees where fiscal agency exists shall have at least one board member.

Subsequent re-numbering of the sections following the addition of Section 3.

Motion to accept all changes and additions to Article 3, listed above. Made by, Sherry Maupin, 2nd by Linnea Hall.

Post-adjournment notes: The meeting was adjourned prior to completion of all stated agenda items due to lack of quorum by this point in the meeting. Judith Nissula and Cynda Herrick had to excuse themselves due to prior engagements that required their attendance. Another meeting will be scheduled to address the agenda item pertaining to the decisions surrounding a replacement Executive Director following Andrew Mentzer’s scheduled departure. Andrew will send out a Doodle Poll to find the most common availability of the Board during the week of May 24-28, at which time another meeting will be set.