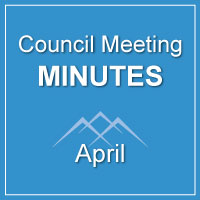 Closed session at 2pm for discussion of Executive Director candidates. Jill Chapman recused herself from the ongoing hiring discussions. Jill joined after the closed session for the rest of the Executive Comm discussion.

Motion to accept the agenda with the following additions.

Motion to accept the minutes as submitted.

Cascade: Report made by- Judith Nissula. Cascade is doing great! Working on spring cleaning and encouraging the community to get out for walks and pick up trash as they do. Working on community education for the upcoming LOT ballot initiative through the water billing notices, through the Chamber and creating ‘myth-buster’ info and comparative analysis of similar communities that have LOT in place. Creating pictorials for what the funds will be used for such as streets, pedestrian paths and parks. Idaho Parks and Rec has awarded Cascade a grant (applied in 2018) for paving at the connection between city paths and the Strand at the whitewater park. The time between application and award has given them time to secure an additional $10k in funding for the match. Securing details for the UTV Rodeo that is to be in July at the fairgrounds. The Roxy theater is open again for movies!

Donnelly: Report made by- Gene Tyler. American Legion Dinners are starting up again on Friday nights. Low cost and you do not have to be a veteran. Donnelly LOT applications are due on 4/26/21. Gene will be submitting an application for the WCMEDC to receive funding from the Donnelly LOT. Receipts are above their target amount for the LOT, no downturn from an economic perspective. P & Z is updating local ordinances for parking and chain businesses. The Farmer’s Market will kick off on June 1st. Huckleberry Festival is set to happen in August. A new coffee shop has opened. Housing continues to be a tight, and fast market. The Food Network has contacted Gene about featuring Donnelly for Huckleberry Pie.

McCall: Report made by- Delta James. The PLWSD has devised a process for determining capacity for individual projects. A few projects have gone through the process already and the City is glad to have something in place to integrate with the Planning and Zoning process. McCall LOT is up 33% and up 80% over a five-year average. Could tip over the $1M mark this year. The 1% sales tax is up 16.5% over last year. LOT application deadline is 4/30/21. The mask mandate was extended for another 45 days and will be reviewed the first week of May.

New Meadows– Report made by– Julie Good. Mac Qualls has moved and left the Clerk position at the City. They have now created two positions, a full-time clerk and a part time treasurer. Very happy that they were able to hire two local individuals to fill the positions. The Council has approved a plan for expanded broadband access through WISP using an existing cell tower that can eventually help expand service over all of Meadows Valley. This will provide free wireless access in downtown NM. The agreement for evening parking has been completed with granite Mnt Café in exchange for snow removal. This will provide additional parking in town. This is proving to be a good for business and council relationships. Opportunities are emerging for businesses to provide housing behind their business in town. New massage therapist and a sporting goods/gun store are open/have opened.

Valley County: Report made by- Sherry Maupin. County is in the budgeting process. The EDC should be thinking about their annual request. The Waterways Plan is a result of the VC Soil and Water Summit. The firm Logan Simpson has been hired for the planning process. Housing- fine tuning some ideas that will be announced soon. A new IT Director, Jeremy Wilcox has been hired and should be added to the Broadband taskforce. Broadband survey to the community in preparation for state and federal funds that are ready to receive. Conversations going on with the Forest Service around grooming programs. IDL and their decisions to open up the process to any interested parties, has tapped into a lot of emotions in the community. The County is remaining very engaged in the conversation to see how they can play a positive role in the process. Eyes are on the state legislature regarding property taxes and transportation. The County is a federal building because of the courthouse, so no word on when or how the C-19 restrictions will be changing in the facility.

Treasurer’s Report: Report made by- Julie Good. Not a lot of activity this month. Looking for an update on the Senior Project and how funding will be dispersed. Agenda Addition: Proxy vote was held to approve up to $200 expense for an ad in the Star News to promote the housing survey. The motion passed. Shore Lodge has offered sponsorship of the ad and will be invoiced and sent a thank you letter for the expense.

Motion to accept the treasurer’s report.

Recruitment Update: Jill Chapman recused herself from the discussion and left the meeting until notified to return. The hiring committee has interviewed three candidates. Decided that we will have a second interview with each candidate and have them to be prepared for certain questions or possibly a short presentation. First, the board will have a discussion about how the organization wants to move forward in order to properly assess the candidates that have applied. For now, the application will remain open until otherwise decided.

Letter Requests:  A motion to approve a letter in support of a grant application to IDEQ for the Valley Soil and Water Conservation District. Motion by: Dylan Martin   2nd by: Nicole Musgrove   All in Favor: yes, motion passed.

Idaho Gives: Andrew has created a plan to promote Idaho Gives via social media and an ad in the Star News. The Board will need to help in the promotion of the campaign.

A motion to approve an ad spend for the Star News of up to $200.

Grants:  MCAR- A grant supported by the National Association of Realtors is available to help with the Economic Summit and to support a keynote speaker. The MCAR board is reviewing the request and will get back by the end of the month. Two asks are on the table:  one for $1500 and another for $5000 (level 1 and level 2 grants).

Recreation/Pathways:  NPS Pathways Collaboration- regional pathway teams helped to aggregate data for the NPS to create a regional master plan map. All map assets have been combined to create this. The NPS is hosting two online trail workshops on May 12th and 18th.

AGC Training Update– there have been no participants sign up for this training. Great outreach through schools and labor. There are positive metrics on social media posts. The message doesn’t seem to be reaching the target audiences, so Andrew is working with UI extension to come up with new ideas for outreach.

Culinary Planning and SV Institute Options– good traction with this program. Support the SV program so not to draw resources away from them, but see how we can work together. There’s a lot of local businesses interested in expanded programs here in the region.

COVID Task Force– the taskforce has been meeting for one year. The group has done great work in the community. Right now, the focus is promoting a series of videos about vaccine encouragement. Discussion about how to transition the group to a housing focus.

Early Childhood Education Update– Looking at creating a Facebook page. Discussion about having a summit in the fall. Two individuals are interested in starting up facilities. The IAEYC grant funding has passed the state Senate by one vote and moves on to the House.

Broadband– Working group in the region including cities and counties. The county is looking to engage a planning effort and fund up to $25k for the process. The effort needs to account for emerging technologies, forthcoming state and fed grant opportunities and create a planning scope. The working group has been very useful and has identified that there’s more fiber installed than previously aware of.

Housing– the noted Action Item on the agenda has been eliminated. The housing survey has gotten 115 responses so far, with 37 of those willing to learn more about the conversion model. Long term plans to work with the state legislature, but short-term plans will be formulated to try and make an immediate impact where we can. Much work is still ahead to sort the data and begin outreach to all parties.

Business Retention/Expansion: Meeting with a lot of different businesses and receiving calls for data and other information.

Roundtable, Upcoming Events, Public Comments:  Andrew, Sherry, Cynda and Dylan have been participating in the CEDS, Comprehensive Economic Development Strategy, to create a document which is the instrument that helps to create a regional economic development district. We are the only region in the state that does not have one in place. Working with Tina Wilson of the Western Alliance for Economic Development and have two more sessions coming up. This district would help us to be poised for larger ticket grant opportunities through USDA, EDA or similar.